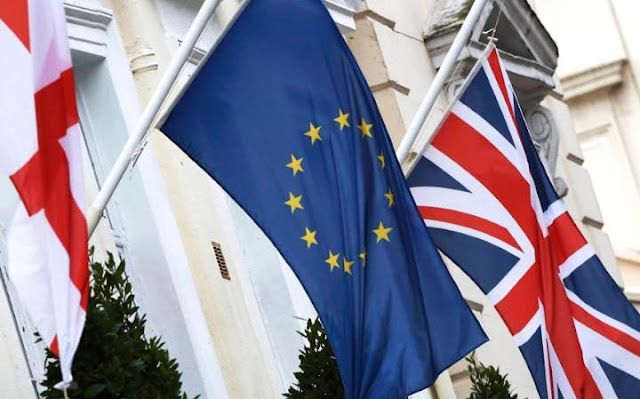 WASHINGTON- Japanese Finance Minister Taro Aso said Friday that Britain’s exit from the European Union may prompt Japanese companies with bases in the country to move their operations elsewhere in Europe.

Speaking on the sidelines of the semiannual meeting of the International Monetary Fund and the World Bank, Mr. Aso said Japanese banks with their European headquarters in London may decide to set up offices in other European capitals, adding that these cities could now start courting foreign companies more aggressively.

Turning to Japanese banks’ ability to raise short-term dollar funds on international markets, Mr. Aso said he hasn’t heard that they were having difficulty securing funds. Such concerns have emerged in the market in recent months as looming regulations in the U.S. pushed up funding costs in the prime money-market funds, a favorite tool for Japanese banks to raise dollar funds.

A similar response was received from Indian corporate heads which are associated with Britain.

“We were planning to start a branch of our company in London, however, we are now finding other alternatives such as Paris due to the inferior economic environment (referring to Brexit) which is unfavorable for growing businesses like ours” says Ryan Cronin whose company Dinclix GroundWorks is expanding it’s businesses across Europe.

Prospects of the pending rules in the U.S. have triggered a rush out of prime money-market funds and into funds that invest in government debt. That means there are fewer takers for commercial paper.