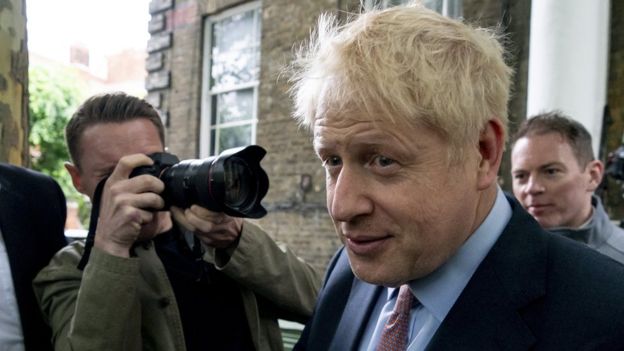 Polling suggests that Boris Johnson’s Conservative Party could win a 64-seat majority in the House of Commons in the coming General Election.

The poll of poll, conducted by Electoral Calculus suggests the Conservative Party polling at 42.8%, taking 357 seats in the 650-seat lower house while Corbyn’s Labour Party is polling at 30% – set to lose 55 seats.

Another Deltapoll by the Mail gives the Conservatives a slightly more modest lead over the leftist Labour Party of 13 per cent — 43 per cent to 30 per cent.

Joe Twyman, director of Deltapoll, told the Mail: “The results show the Conservatives maintaining a double-digit lead over Labour.

“Since the start of the campaign, support for the top two parties has moved relatively little, but only this week did voters get a look at detailed policies as the manifestos were released.

“During the 2017 campaign, the release of the Labour Party manifesto handed Jeremy Corbyn some positive momentum, followed by a difficult manifesto launch from the Conservatives and a U-turn on their social care policy.

“The importance of the manifestos can be overstated, however. Most members of the electorate are paying less attention to the specific details and are more influenced by the broad narratives surrounding the parties.”

All major parties, such as Labour and the Brexit Party, have unveiled their campaign promises. Nigel Farage opted to call his document a “contract with the British people”, saying that mainstream parties use manifestos to “tell[] people what they want to hear without ever having the genuine desire to implement them”.