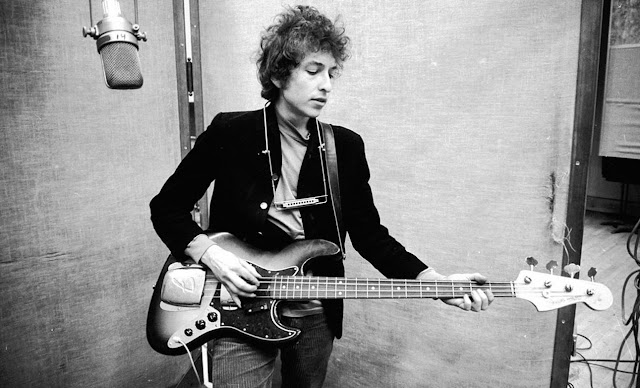 The singer and songwriter Bob Dylan, one of the world’s most influential musicians, was awarded the Nobel Prize in Literature on Thursday for “having created new poetic expressions within the great American song tradition,” in the words of the Swedish Academy.

He is the first American to win the prize since the novelist Toni Morrison, in 1993. The announcement, in Stockholm, was a surprise: Although Mr. Dylan, 75, has been mentioned often as having an outside shot at the prize, his work does not fit into the literary canons of novels, poetry and short stories that the prize has traditionally recognized.

“Mr. Dylan’s work remains utterly lacking in conventionality, moral sleight of hand, pop pabulum or sops to his audience,” Bill Wyman, a journalist, wrote in a 2013 Op-Ed essay in The New York Times arguing for Mr. Dylan to get the award. “His lyricism is exquisite; his concerns and subjects are demonstrably timeless; and few poets of any era have seen their work bear more influence.”

Sara Danius, a literary scholar and the permanent secretary of the 18-member Swedish Academy, which awards the prize, called Mr. Dylan “a great poet in the English-speaking tradition” and compared him to Homer and Sappho, whose work was delivered orally. Asked if the decision to award the prize to a musician signaled a broadening in the definition of literature, Ms. Danius jokingly responded, “The times they are a changing, perhaps,” referencing one of Mr. Dylan’s songs.

Mr. Dylan emerged on the New York music scene in 1961 as an artist in the tradition of Woody Guthrie, singing protest songs and strumming an acoustic guitar in clubs and cafes in Greenwich Village. But from the start, Mr. Dylan stood out for dazzling lyrics and an oblique songwriting style that made him a source of fascination for artists and critics. In 1963, the folk group Peter, Paul and Mary reached No. 2 on the Billboard pop chart with a version of his song “Blowin’ in the Wind,” with ambiguous refrains that evoked Ecclesiastes.

■ Yoshinori Ohsumi, a Japanese cell biologist, was awarded the Nobel Prize in Physiology or Medicine on Oct. 3 for his discoveries on how cells recycle their content, a process known as autophagy, a Greek term for “self-eating.”

■ David J. Thouless, F. Duncan M. Haldane and J. Michael Kosterlitz shared the Nobel Prize in Physics on Oct. 4 for their research into the bizarre properties of matter in extreme states.

■ President Juan Manuel Santos of Colombia was awarded the Nobel Peace Prize on Friday for pursuing a deal to end 52 years of conflict with the Revolutionary Armed Forces of Colombia, or FARC, the longest-running war in the Americas.

■ Oliver Hart and Bengt Holmstrom were awarded the Nobel Memorial Prize in Economic Science on Monday for their work on improving the design of contracts, the deals that bind together employers and their workers, or companies and their customers.